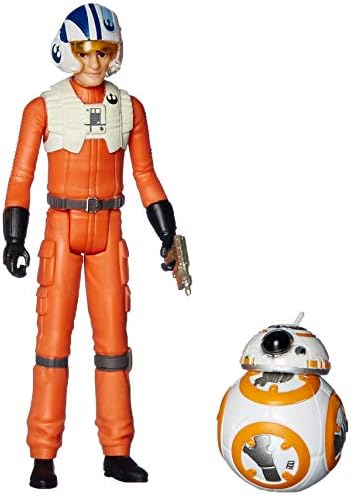 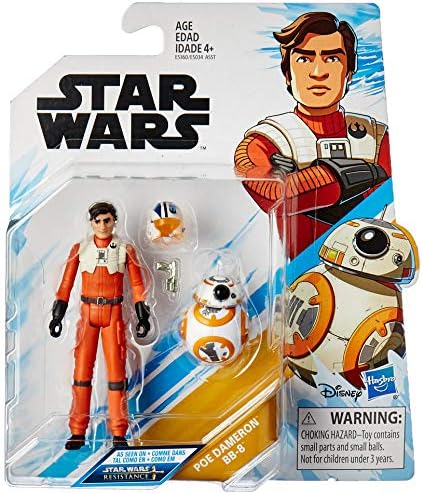 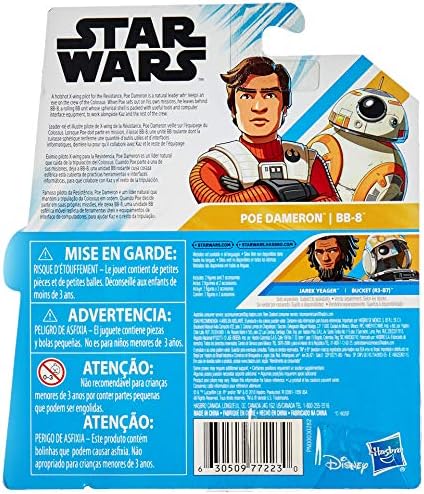 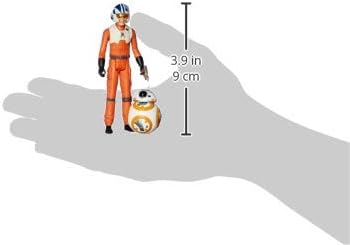 A hotshot X-wing pilot for the Resistance, Poe Dameron is a natural leader who keeps an eye on the crew of the Colossus. When Poe sets out on his own missions, he leaves behind BB-8, a rolling BB unit whose spherical shell is packed with useful tools and computer interface equipment, to work alongside Kaz and the rest of the crew. Imagine the hotshot pilot embarking on daring missions for the Resistance and the rolling spherical droid working alongside the young pilots with these 3.75-inch scale Poe Dameron and BB-8 figures. Kids can recreate their favorite scenes from Star Wars or imagine their own epic missions from a galaxy far, far away! Look for other Star Wars: Resistance figures in this collection including Jarek Yeager, Bucket (R1-J5), First Order Stormtrooper, Kaz Xiono, Synara San, Commander Pyre, Torra Doza, Major Vonreg, and more! Additional figures each sold separately. Subject to availability. Star Wars products are produced by Hasbro under license from Lucasfilm Ltd. Hasbro and all related terms are trademarks of Hasbro. Includes: 2 figures and 2 accessories. Figure scale: 3.75 inches. Ages 4 and up. WARNING: CHOKING HAZARD – Small parts. Not for children under 3 years.
Imagine high-speed racing and high-flying adventures with these 3.75-inch scale Poe Dameron and BB-8 figures, inspired by the new Star Wars animated series, Star Wars: Resistance
Fans can recreate and imagine the daring adventures of the Star Wars galaxy with these Star Wars: Resistance Poe Dameron and BB-8 figures and 2 character-inspired accessories
Featuring animated-series-inspired detailing and multiple points of articulation, fans can display the figures in their collection to imagine an action-packed scene from a galaxy far, far away
Each figure in the collection is uniquely styled and decorated and comes with an iconic accessory. (Additional figures each sold separately. Subject to availability.), 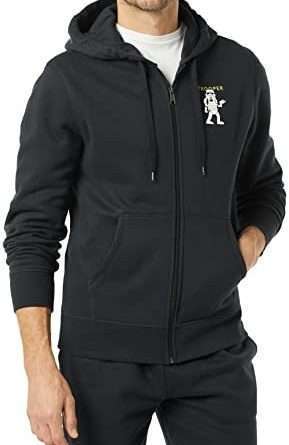 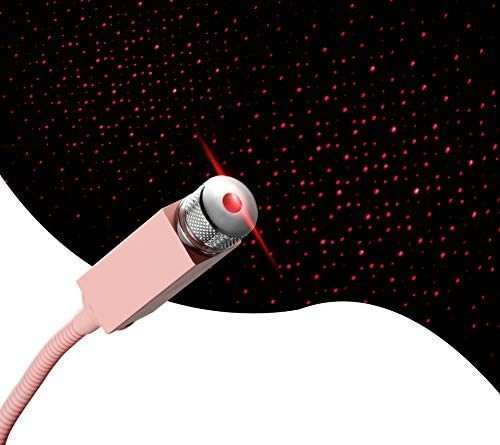 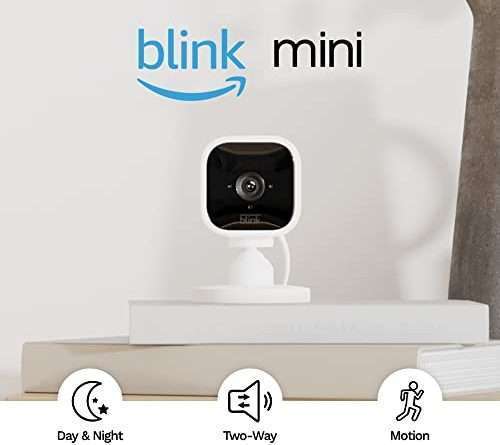 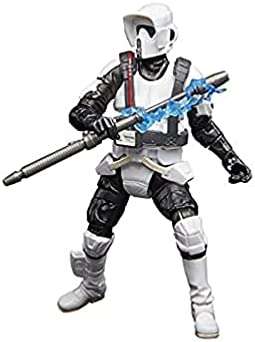