————–
NEW PRE-ORDERS
————–
Fantastic Four and Spider-Man have appeared on the scene as Marvel Legends from Hasbro! Hasbro brings us Power Rangers figures from Mighty Morphin, Lost Galaxy, Dino Fury & Dino Thunder to the Lightning Collection! DC Multiverse brings us more characters and McFarlane Toys action figures! Fans, collectors, and kids alike can enjoy these 3.75-inch-scale classic Retro Collection figures, inspired by the characters from the Marvel comics! Bring the epic action of the Transformers movies from the big screen into your collection with the Transformers Studio Series Deluxe Class Airazor action figure! The time of the Gargoyles has come again! Ruthless businessman David Xanatos created the Steel Clan robots in the image of the Gargoyles to be his personal army! From the beloved franchise “Teenage Mutant Ninja Turtles” comes a Nendoroid of Leonardo & Raphael! Transformers Generations Retro Headmasters Deluxe Wave 2 brings together fan-favorite characters from across the Transformers multiverse! The Mythic Legions: Necronminus action figures have been released from Four Horsemen! Bandai Spirits Ichibansho is proud to announce their newest releases featuring Dragon Ball characters! Joining the S.H.MonsterArts line is Gigan, celebrating his 50th anniversary appearance in the movie Godzilla vs. Gigan (1972)! Elsa Lanchester’s portrayal of the creature stitched together to be the monster’s mate is captured in this detailed 7″ scale Ultimate action figure! NECA announces a new Ultimate action figure of the most famous vampire of them all… Dracula! After a year in development, Tunshi Studio is proud to present the 1/12 scale Ralf Jones & Clark Still from Metal Slug XX! It’s a thrilling time to be a Masters of the Universe fan, Mattel brings us the Origins 40th Anniversary Roton! From the popular anime, Chainsaw Man, comes a 1/7 scale figure of Power! Funko Fair 2023 has started! From the globally popular esports game League of Legends comes a scale figure of Star Guardian Ahri! From the Kingdom Hearts video game series comes this King Mickey action doll from Square Enix! Celebrate your LOTR or Dune fandom with extraordinary replicas! Icon Heroes presents the G.I. Joe Storm Shadow & Snake Eyes bobbleheads! The Knight Rider Knight 2000 K.I.T.T. is here as an Aoshima 1/12 Scale Model Kit! The next in the Transformers Masterpeice line is Seizan, a triple-changer that can transform from robot, to train engine, to combiner mode, and back again! Tamashii Nations has new releases from brands like Across the Spider-Verse, Naruto, Jujutsu Kaisen & More! When Czarface and Impostarr go head-to-head for control of the galaxy, an epic showdown is sure to follow! Be sure to check out the latest Import Figures and Statues with brands like Persona 5 & Genshin Impact! 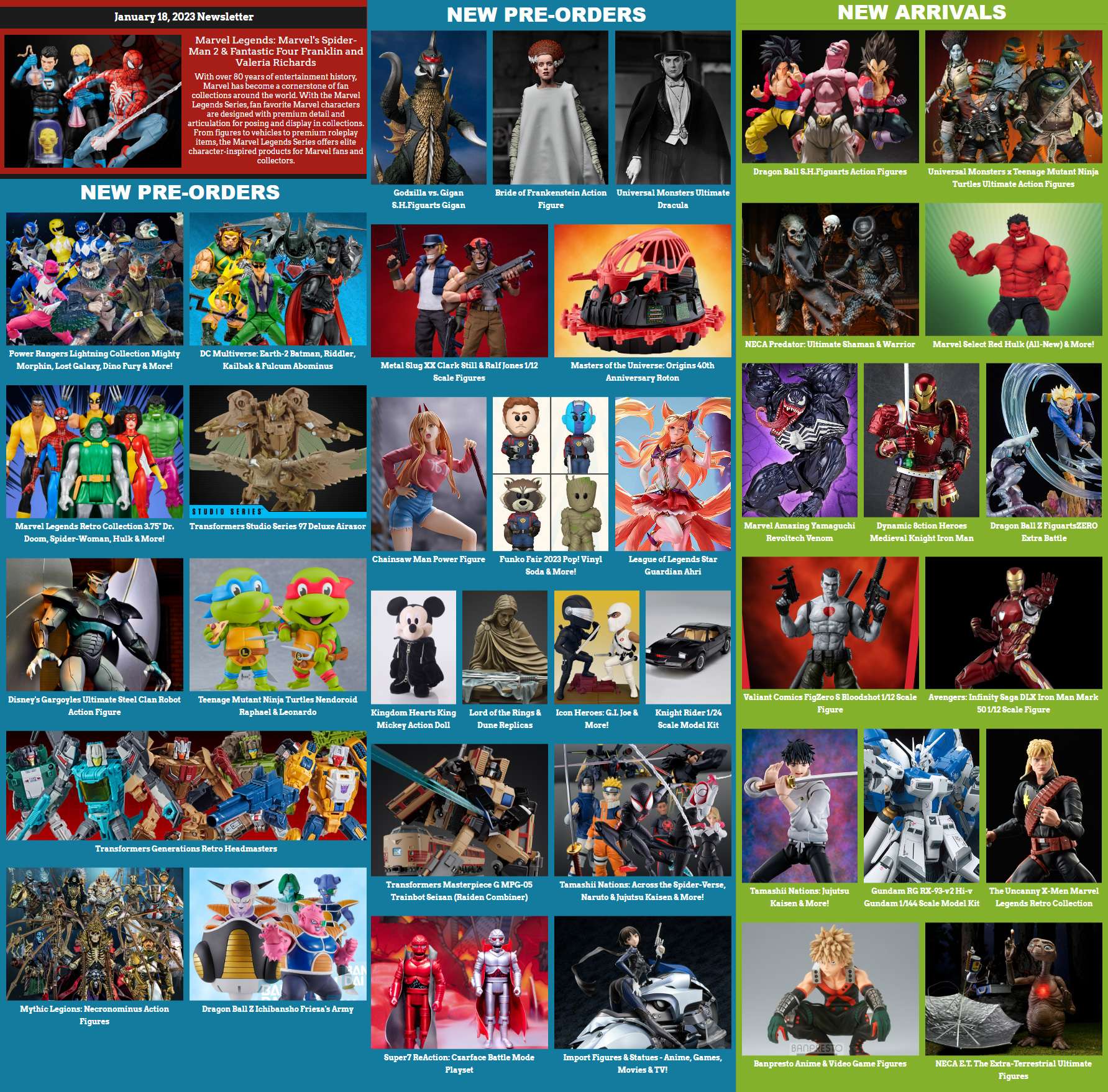 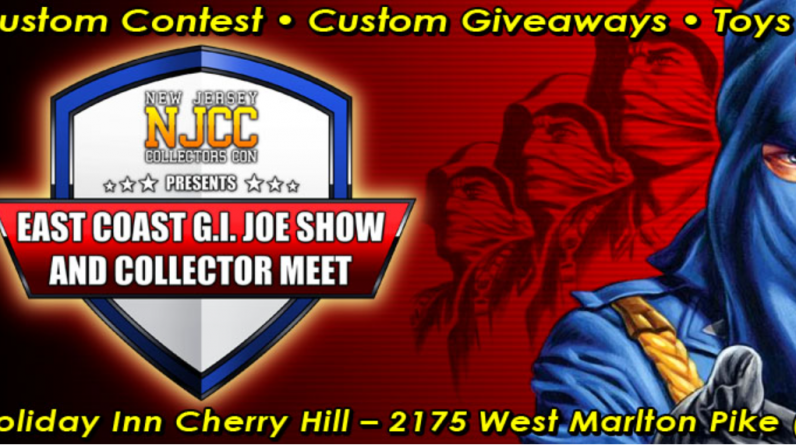 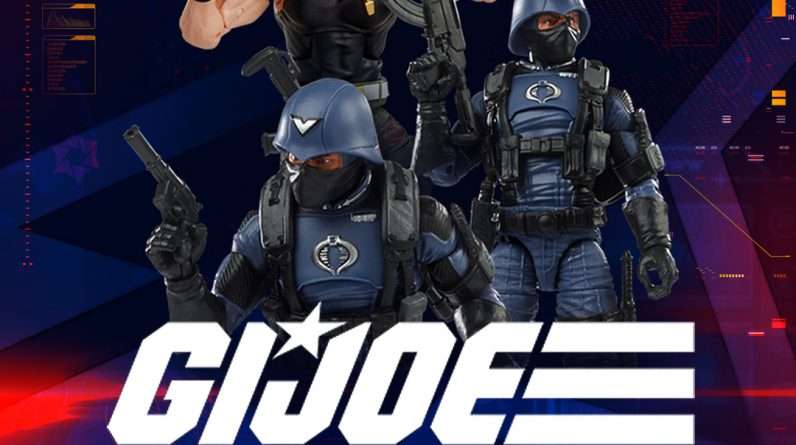 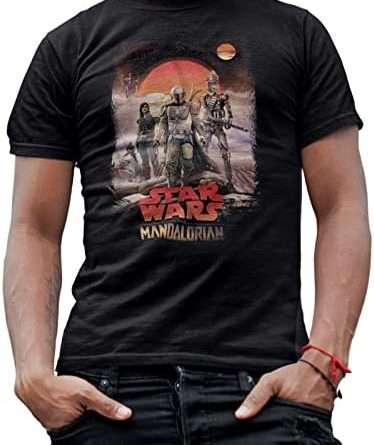 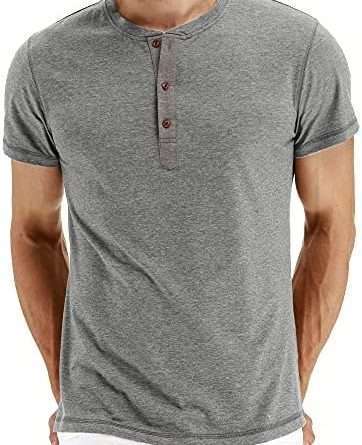