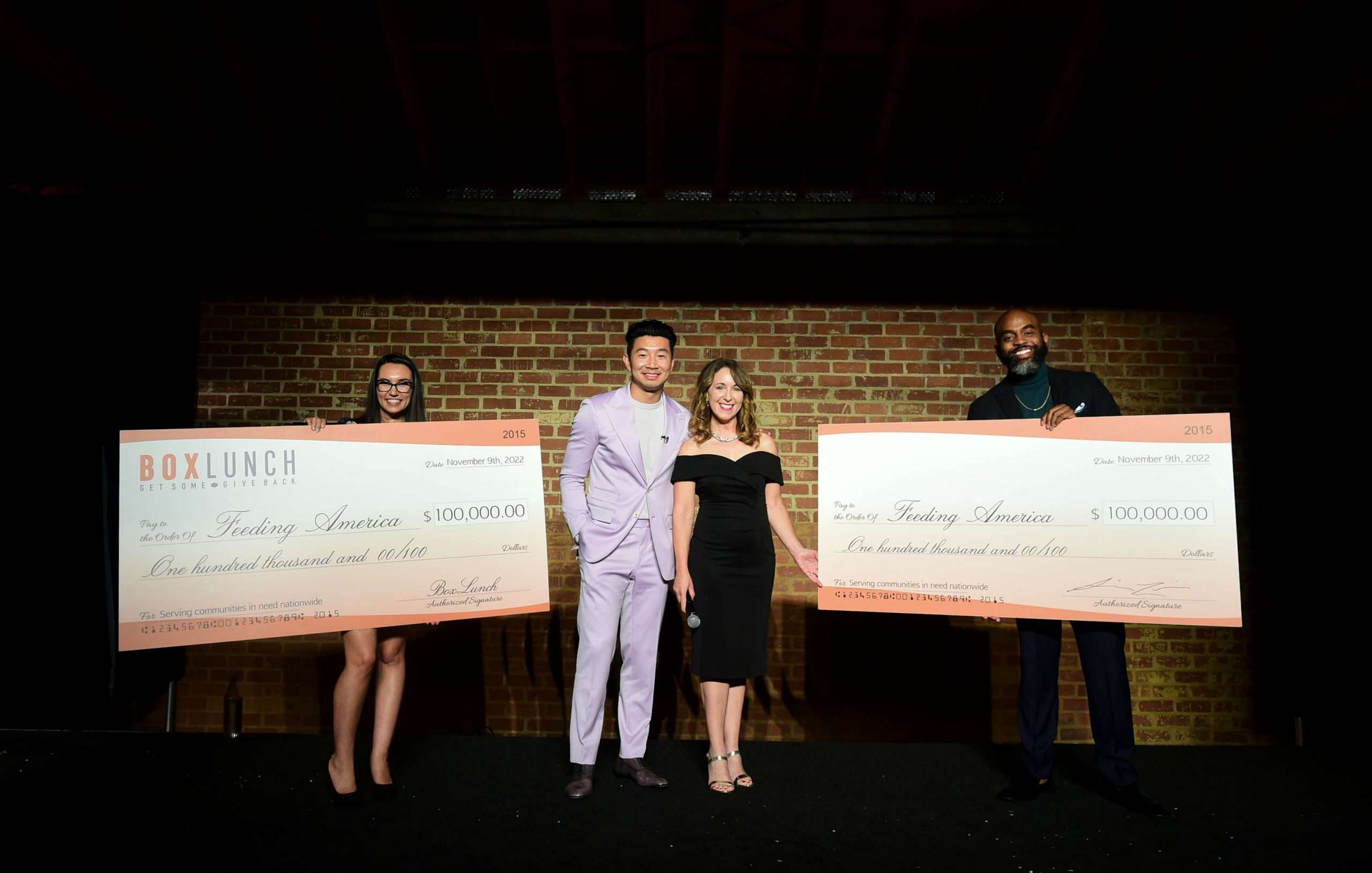 The highlight of the night came after Dr Strange and The Multiverse of Madness Star Xochitl Gomez introduced 2022 BoxLunch Giving Ambassador SImu Liu, who presented Casey Marsh – the Chief Development Officer for Feeding America – a check for $100,000 from BoxLunch to celebrate 150 million meals donated by BoxLunch since 2015. Simu surprised everyone in the audience and Feeding America by revealing that he was so moved by the evening’s festivities that he had decided to double the donation and give $100,000 of his own money to Feeding America. He produced a second check and signed it live on stage.

“Now, I have to make a confession…based on its name, at first, I thought BoxLunch was a sandwich shop. But I quickly found out that it was a place that could help feed more than just me!” Mused Simu Liu. “BoxLunch has an impact on people across the entire United States through the donations each retail store makes to its local community, and its donations to Feeding America’s nationwide efforts. Now I am thrilled to be a part of that. I couldn’t let the opportunity to help make a difference as the new Giving Ambassador pass, so I felt moved and honored to match and double the BoxLunch Donation and make it $200,000!” 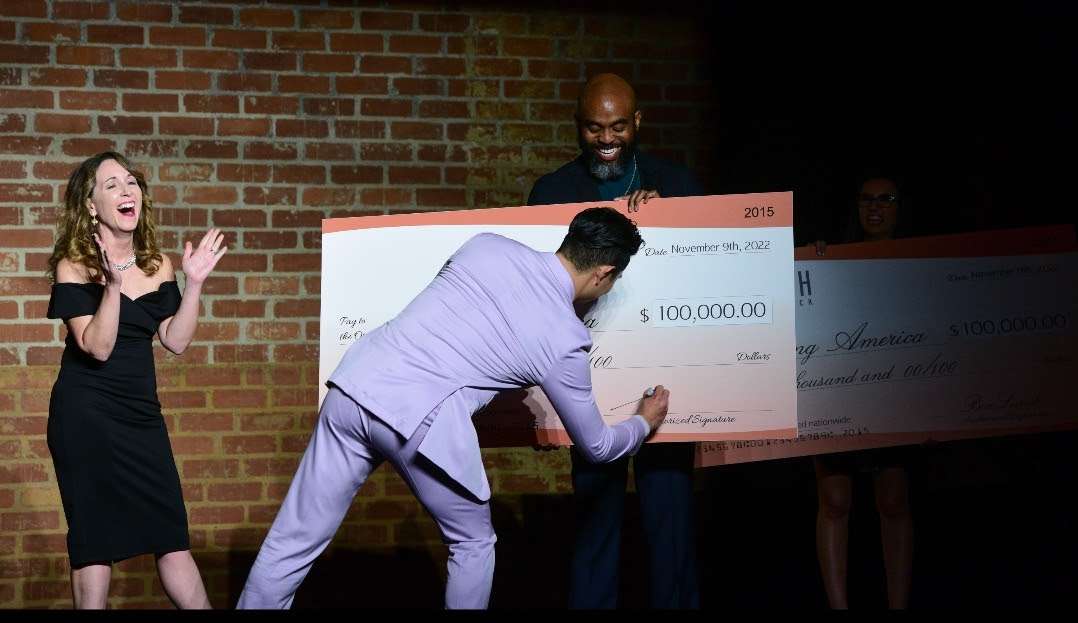 “It is incredible to have the support of Simu as our Giving Ambassador as we continue to bring awareness to the missions of BoxLunch and Feeding America. Tonight was a powerful celebration of what we have done thus far, and it was an inspiration for what we can do going-forward,” said Steve Vranes, CEO at BoxLunch.”

In addition, for every like that attendees received on on their social media posts using the  tag #BoxLunchHolidayGala BoxLunch pledged to donate an additional meal to Feeding America..

About Feeding America
Feeding America is the nation’s largest domestic hunger-relief organization and for over 40 years has responded to the hunger crisis in America by providing food to people in need through a nationwide network of local food banks. 1 in every 6 people in the United States has experienced food insecurity and due to the global pandemic, this number increased to 3 in 6 . As long as hunger exists in the United States, Feeding America will continue to advocate for anti-hunger policy and legislations and bring awareness to advance change in America by ensuring equitable access to nutritious food for all in partnership with food banks, policymakers, supporters, and the community.
About BoxLunch
BoxLunch is a specialty retailer offering a curated collection of licensed pop culture merchandise. With every $10 spent across the retailers’ themed product offering of apparel, accessories, home goods, gift and novelty, and collectibles, BoxLunch provides a meal to a person in need through its philanthropic partnership with Feeding America, with each of its 200 stores nationwide donating to their local community food bank. Tonight, Boxlunch will celebrate its milestone 150 millionth meal donated to Feeding America with a special award presented by BoxLunch Giving Ambassador Simu Liu.

BoxLunch stands for Philanthropy, Fandom, and Fun. Shopping for your favorite fandoms while giving back to those in need is the very definition of our motto, “Get some, give back!”

Every $10 spent at BoxLunch equals a meal donated to someone in need through our partnership with Feeding America.

BoxLunch has worked with Feeding America since its founding in 2015. Over the past 7 years we’ve donated over 150 million meals to those in need in communities across the country.

Each BoxLunch store donates to a local food bank, directly impacting the community they’re in!

This holiday season, we’ve partnered with Simu Liu as our very first BoxLunch Giving Ambassador to spread awareness for the hunger crisis and get people involved in the journey to end hunger in America.  We are thrilled to partner with such a heroic figure in pop culture for a good cause!

Did you miss our previous article…
https://action-figures-for-sale.com/update-gamestop-prepping-multiple-gaming-greats-preorders/ 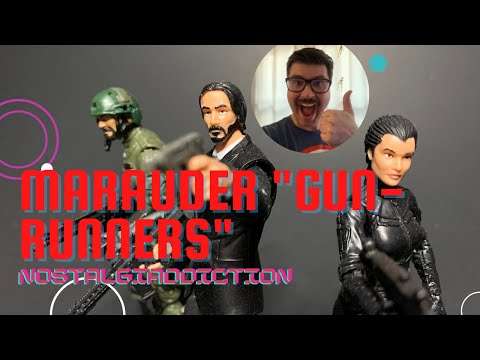 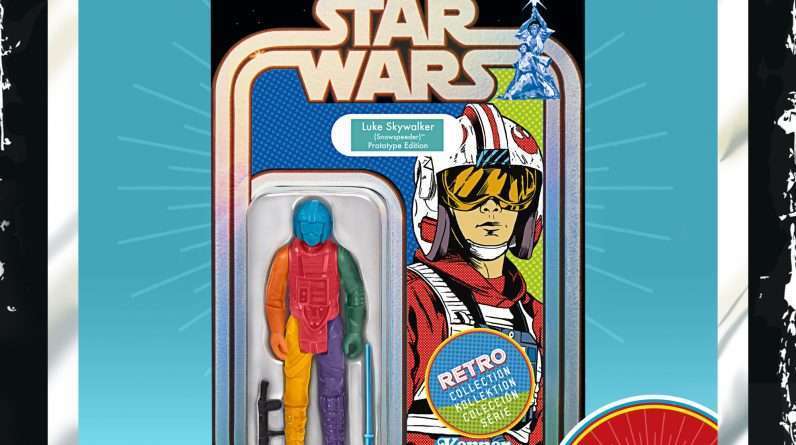 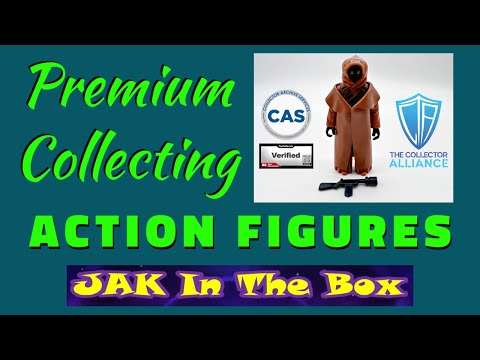 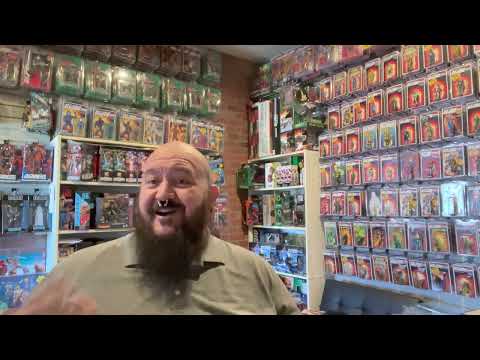