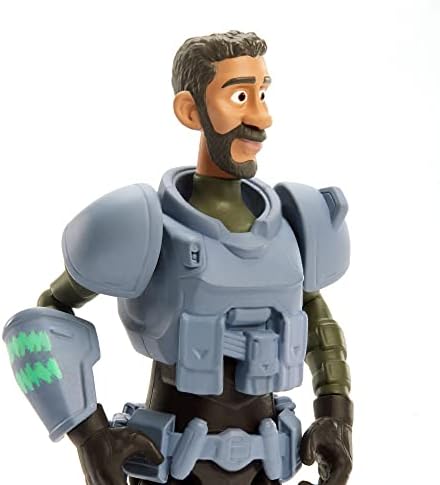 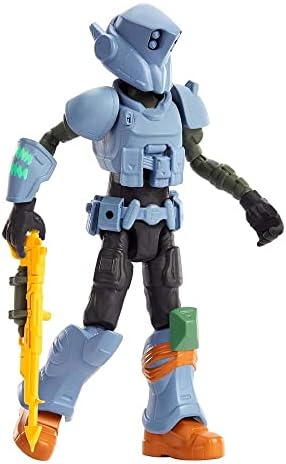 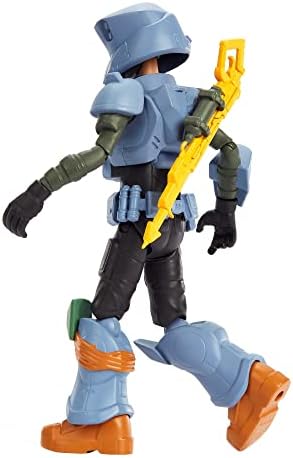 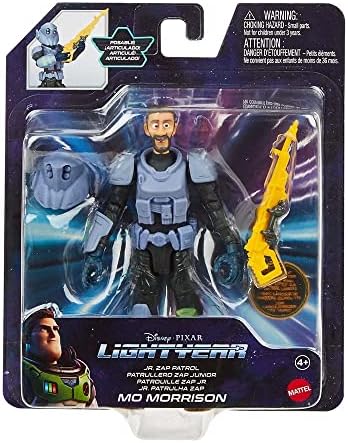 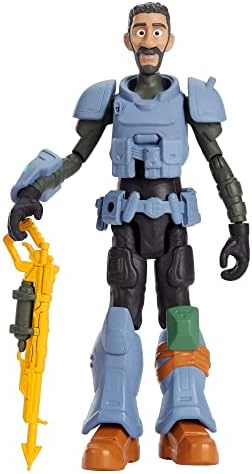 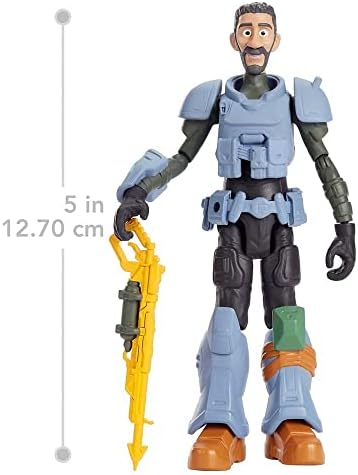 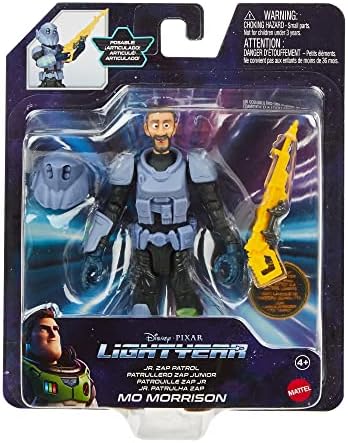 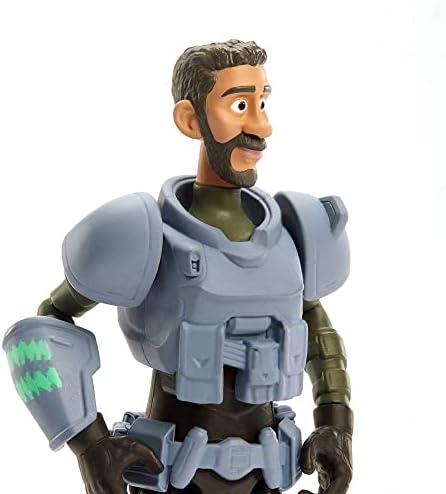 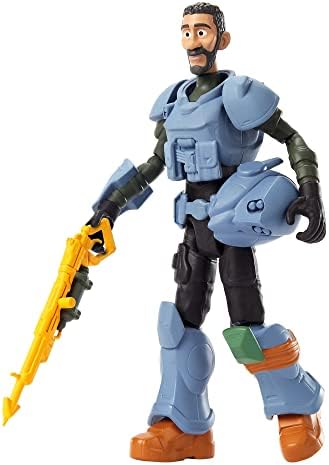 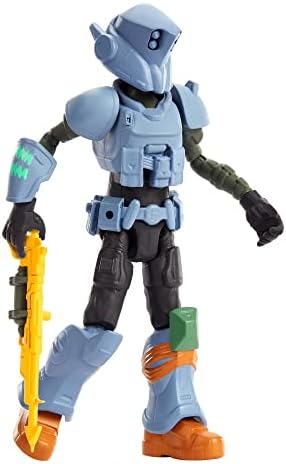 Discover Disney Pixar’s Lightyear. Stranded on an uncharted planet, Buzz Lightyear and his crewmates will need to battle hostile plants, giant bugs and the ultimate threat, Zurg, to complete their mission and return home. This high-quality, posable action figure of Mo Morrison in his Jr. Zap Patrol uniform is based on the klutzy but lovable character from the movie. At 5.45 inches tall, this movie-authentic detailed figure has 12 movable joints to recreate all his signature poses. He comes with a T-75 Qupid Spear Shooter accessory, to help him fight the aggressive bugs on the planet, and also has a removable helmet. Other characters and vehicles are also available at this scale, so fans can recreate the excitement of battle, flight and exploration and create dramatic Lightyear displays. Each figure and vehicle sold separately, subject to availability. Colors, dimensions and decorations may vary.
Relive the excitement of space exploration, conflict and teamwork of Disney Pixar’s Lightyear, with this figure of Mo Morrison in his Jr. Zap Patrol suit, accompanied by his T-75 Qupid Spear Shooter accessory and removable helmet
Recreate battle and exploration scenes from the movie or imagine new ones with this 5.45-inch tall Mo action figure with 12 movable joints, including elbows, wrists, hips and knees
Mo is ready to play a key role on Buzz’s team. In the meantime, as part of the Jr. Zap Patrol, he faces the harsh environment of T’Kani Prime with his spear shooter and removable helmet
Fans will want to collect the whole Lightyear team for a spectacular display. Each item sold separately, subject to availability
Makes an exciting movie-themed gift for action figure enthusiasts and Lightyear fans ages 4 years old and up, 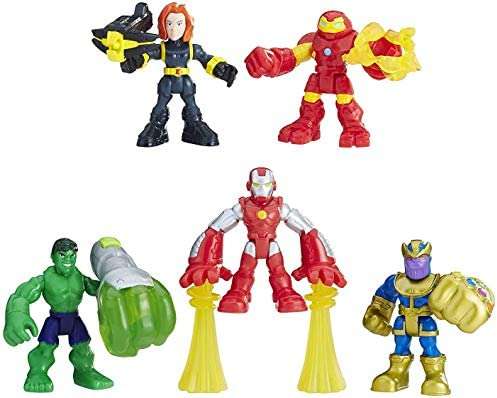 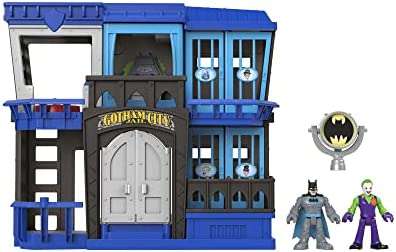 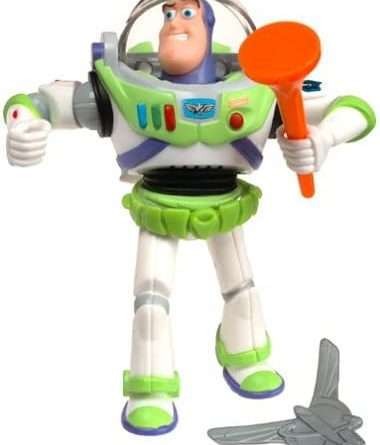 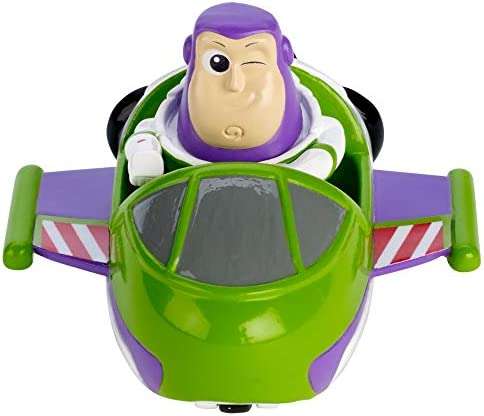 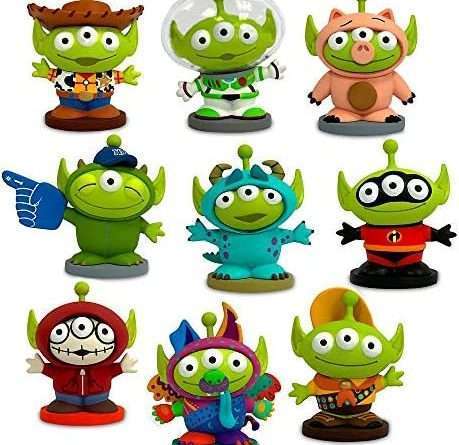 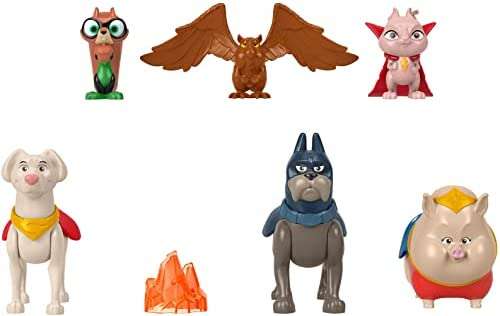 Fisher-Price DC League of Super-Pets Figure Multi-Pack, set of 6 figures and a pretend play accessory for preschool kids ages 3 and up